Skip to content
By Jacob Warren from the Aspen Music Festival and School
Celebrating its 70th anniversary, the Aspen Music Festival and School represents a pillar of excellence for music students, educators, and professionals around the world. While the AMFS is recognized as one of the highest levels of music education and performance, there are still many things you may not know about the Festival.
1. International Presence.
​The AMFS brings over 650 students to Aspen each summer. With young artists from thirty-four countries and forty states. The Festival has 150 artist-faculty from some of the most prestigious music schools and orchestras. Through generous donations, $3 million in financial aid is available to students annually and more than two-thirds of students receive scholarships. 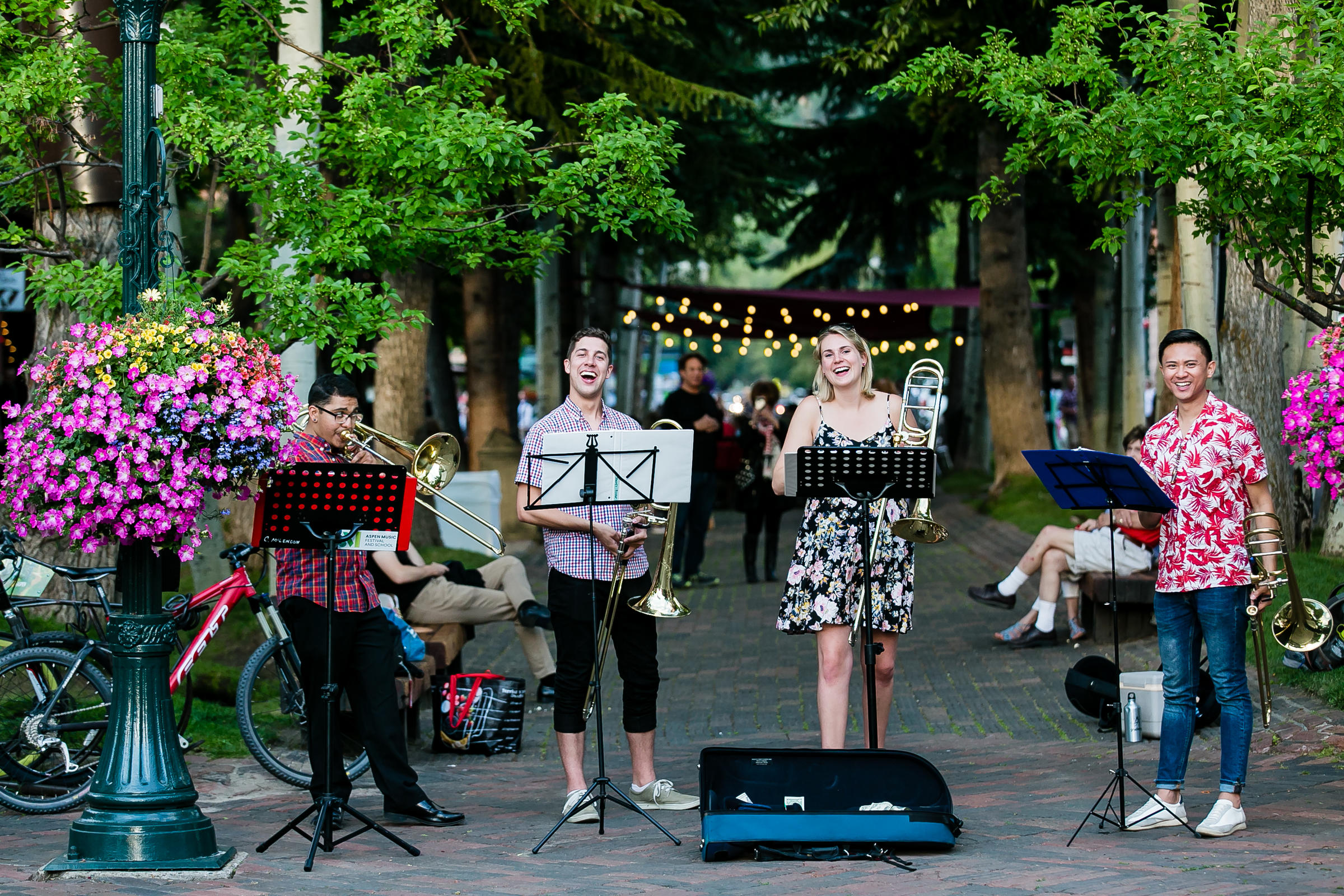 You can find students busking downtown all summer long. Photo: Elle Logan
2. Wildlife in the Tent.
In the 1950s, the original music tent had serious problems separating the artists from the animals. Gophers would seek shelter by diving under the stage as packs of dogs chased them into the tent, halting performances. Eventually, a violinist’s son was designated as the Festival’s “dog catcher.” 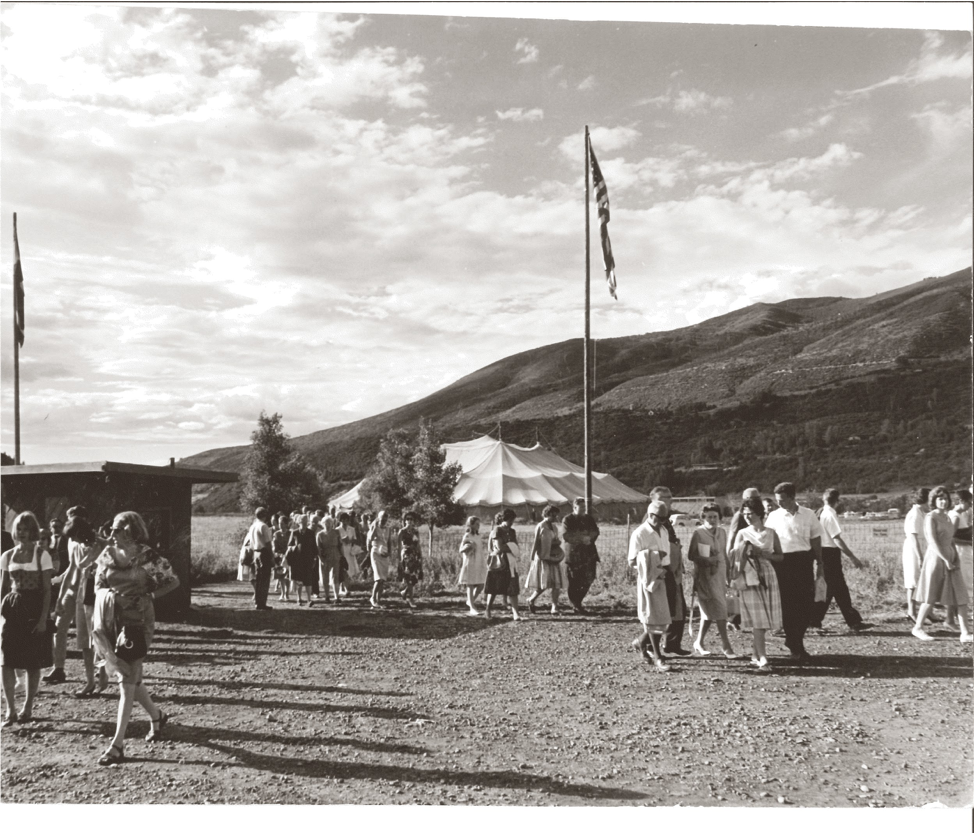 Patrons at the original tent for the Goethe Bicentennial, designed by Finnish-American architect Eero Saarinen (who also designed the Gateway Arch in St. Louis).
3. Original Silver Mine Land Donated to AMFS
The history of the thirty-eight-acre plot of land that is now home to the AMFS campus began in 1888 when George Newman opened the Newman Mine—a state-of-the-art silver mine that operated until 1920. Mr. and Mrs. Robert O. Anderson donated the land to AMFS in 1964, allowing students, faculty, and administrators to be in the same environment for the first time. The campus has been shared with Aspen Country Day School in the winter months since 1969. 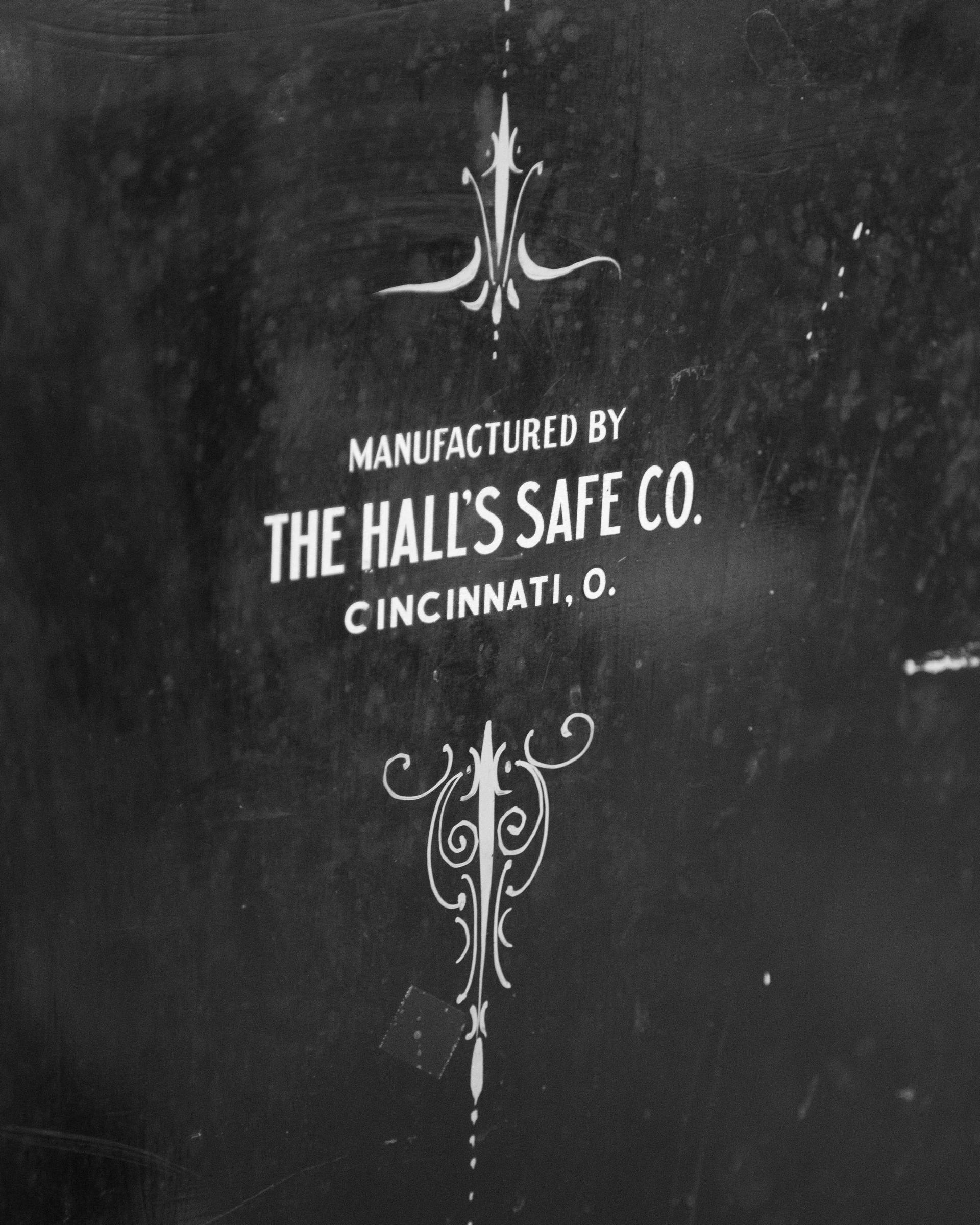 Here you can see the original door to the Newman Mine safe, still being used as the door to student services at the AMFS campus.
4. Relocating the Historic Foreman's House
When the AMFS campus underwent much-needed renovation in 2013, the original Foreman’s house was moved brick-by-brick roughly fifty feet. In order to maintain the historic integrity of the building, the bricks were numbered to be set in the same places as they were originally laid out. It was reconstructed using the same mortar and masonry techniques that were originally used in the 1890s. 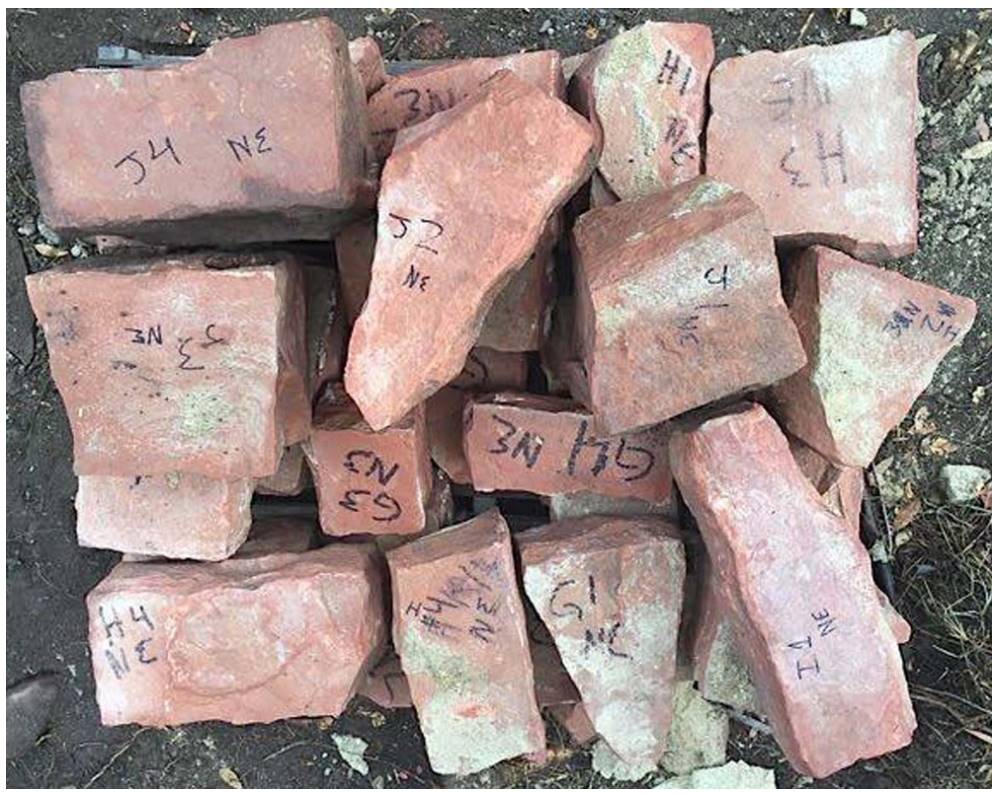 The original bricks of the Foreman’s House were numbered for accurate reconstruction.
5. John Denver filmed a TV Special with the Aspen Festival Orchestra
In 1980, musician and long-time Aspen resident John Denver performed with the Aspen Festival Orchestra for his TV special Music in the Mountains. Producers even bused students up Independence Pass to be filmed by helicopter. There was no actual music being recorded—inspiring the orchestra to freely trade instruments, leaving the concertmaster as an oboist who had no idea how to properly hold a violin. Eventually, the video was reduced to a 30-second intro clip. 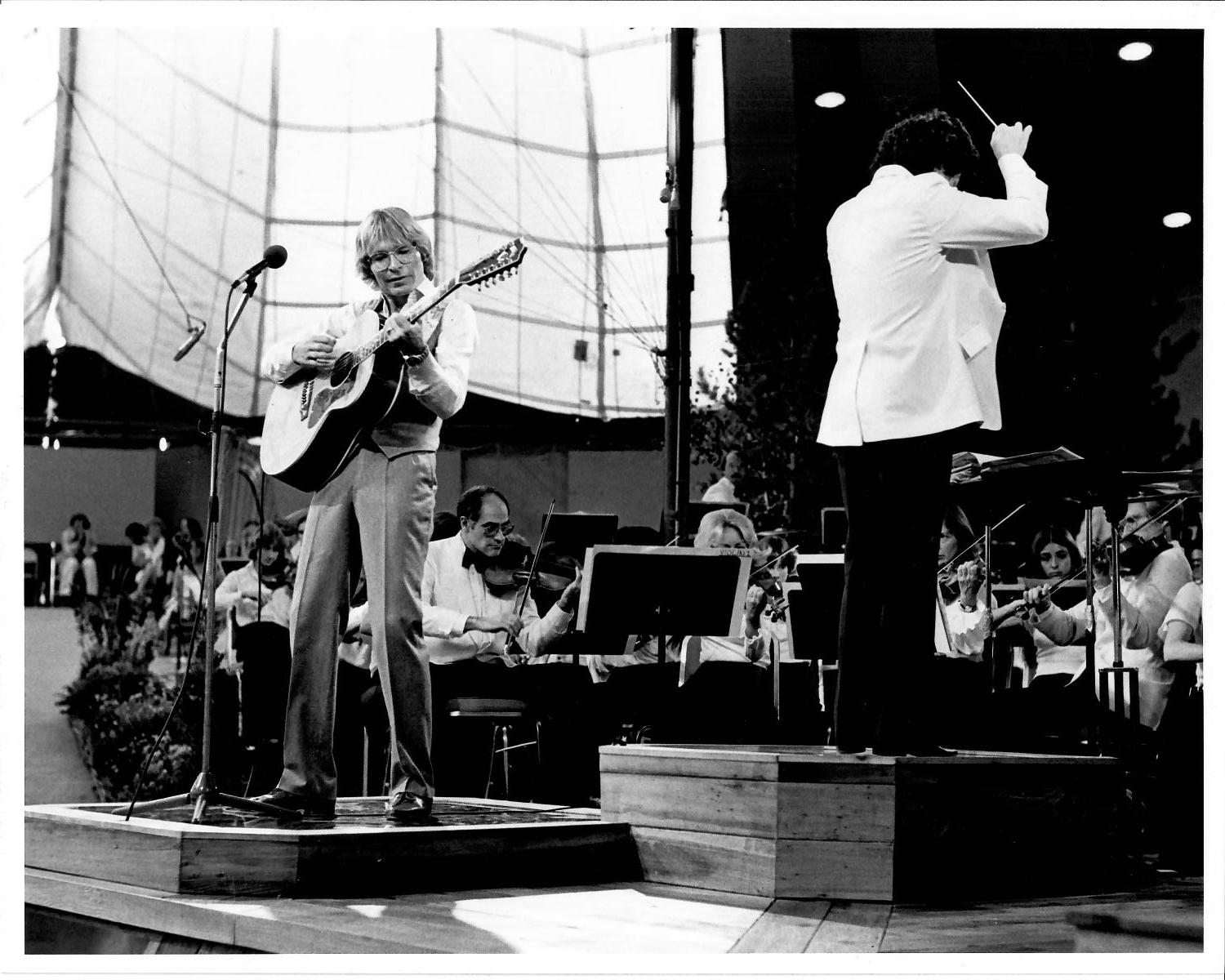 John Denver performing with the Aspen Festival Orchestra in the `80s.
6. Festival Beginnings and the "Cultural Boom" in Aspen
It was Chicago businessman Walter Paepcke’s inspiration to make Aspen a “modern-day Athens” that started a cultural rejuvenation in Aspen, beginning with the bicentennial celebration of the birth of poet and philosopher Johann Wolfgang von Goethe. The Festival’s first season in 1949, called the Goethe Bicentennial Convocation and Music Festival, was Aspen’s “Artistic Big Bang,” with a complete program of works inspired by Goethe. Because of the Festival’s success, Paepcke created the AMFS and Aspen Institute. 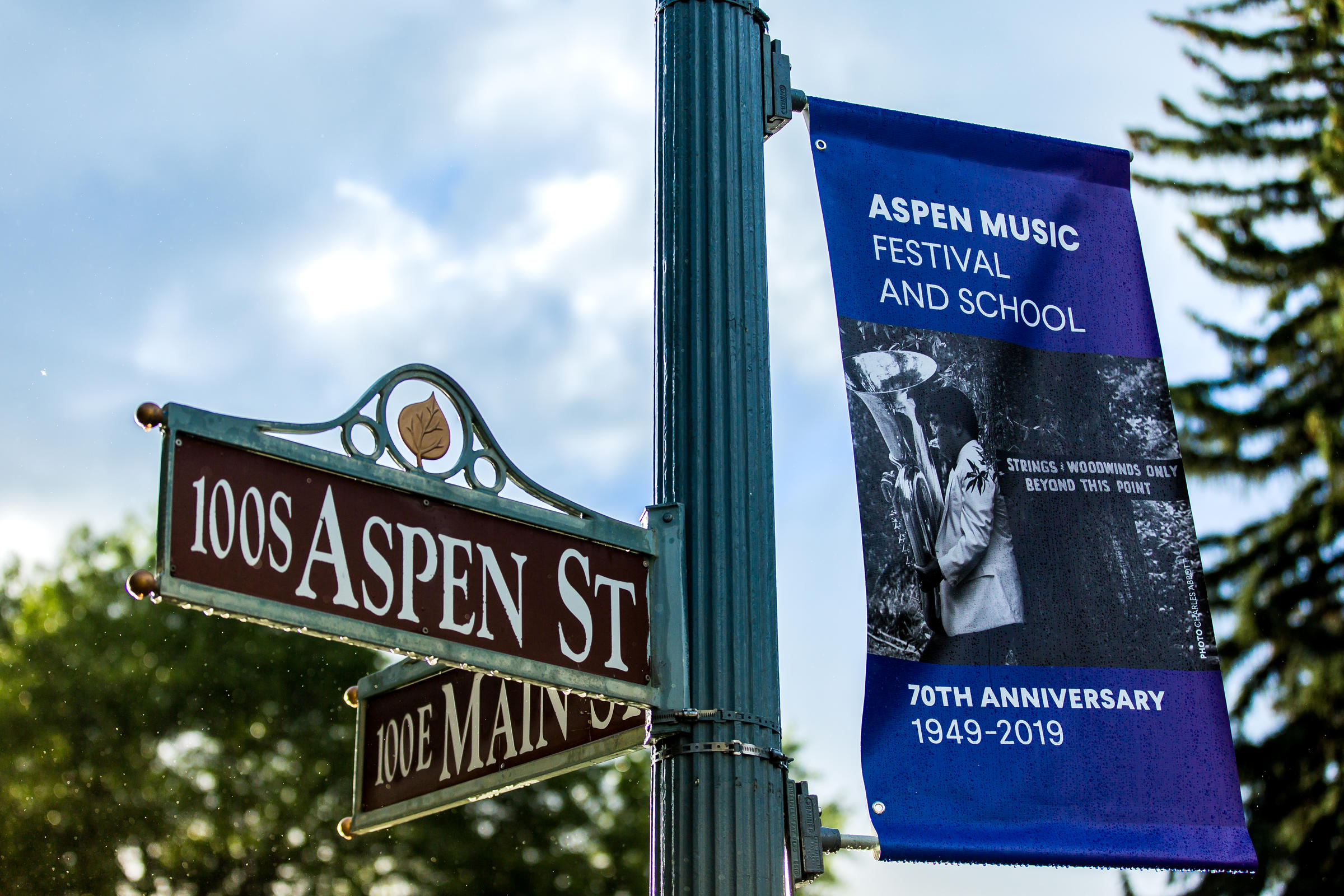 AMFS is celebrating seventy years since the Goethe Bicentennial, and our anniversary banners were displayed throughout downtown Aspen earlier this summer. Photo: Elle Logan
7. The Three AMFS Tents
The first AMFS music tent was designed by Eero Saarinen was essentially a circus tent in a meadow held by large wooden poles, served the Festival for fifteen years. Both it and the 1964 Bayer/Benedict tent had to be taken down and put back up each season, often with the help of Aspen locals. Construction on the current Benedict Music Tent tent was completed in early 2000. With 5,500 square feet, it is one of the largest stages in the country. The tent is manufactured out of teflon-coated fiberglass—the same material as the Denver International Airport. Next time you are in the tent, look up and you will see steel cables. The majority of the cables are designed for holding seventy-five pounds per square foot of snow, strong enough to survive a winter in Aspen. 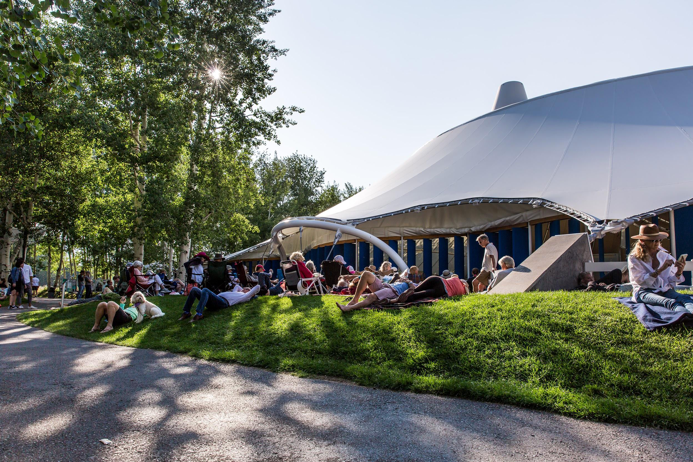 The Benedict Music Tent and the free Karetsky Music Lawn is open to anyone who would like to come hear the orchestras throughout the summer. Photo: Elle Logan
Although there are many things you could be doing in Aspen, we hope to see you at the Tent. All of the orchestra concerts can be attended free by sitting on the David Karetsky Music Lawn or in The Music Garden located just outside the Tent. AMFS boasts seventy years of history and culture. Whether you are a Beethoven fanatic, or a show tunes junkie, AMFS has something for everyone.