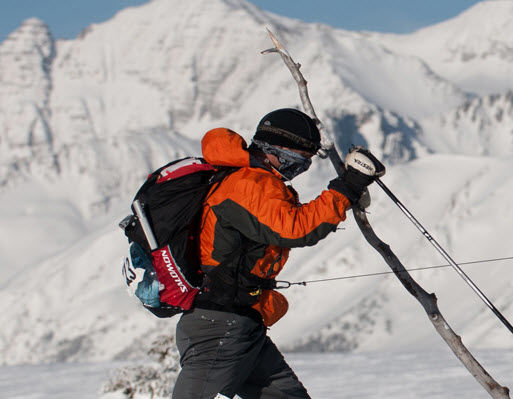 The Grand Traverse is an extraordinary 40-mile backcountry ski race between the towns of Crested Butte and Aspen, CO. It benefits Crested Butte Nordic and other non-profits.

Starting at midnight from Crested Butte, often in sub-zero temperatures, racers traverse Colorado's spectacular Elk Mountains. In this extreme endurance event, racers climb more than 7,800 vertical feet and navigate in a self-supported backcountry race that tests them physically and mentally. To maintain safety in the backcountry, racers compete in teams of two and are required to carry mandatory gear. Held annually since 1998, it's earned a reputation as a true test of toughness for elite local, national and international athletes.