With Aspen being one of the most desirable destinations to discover the great outdoors, it’s a good thing to keep in mind that humans aren’t the only residents exploring this area. Whether you’re hiking through the mountains or taking a stroll through town, it’s not uncommon to encounter wildlife, especially during the summer months. Before your next outing, be sure to remember these safety tips that will keep both you and wildlife safe. 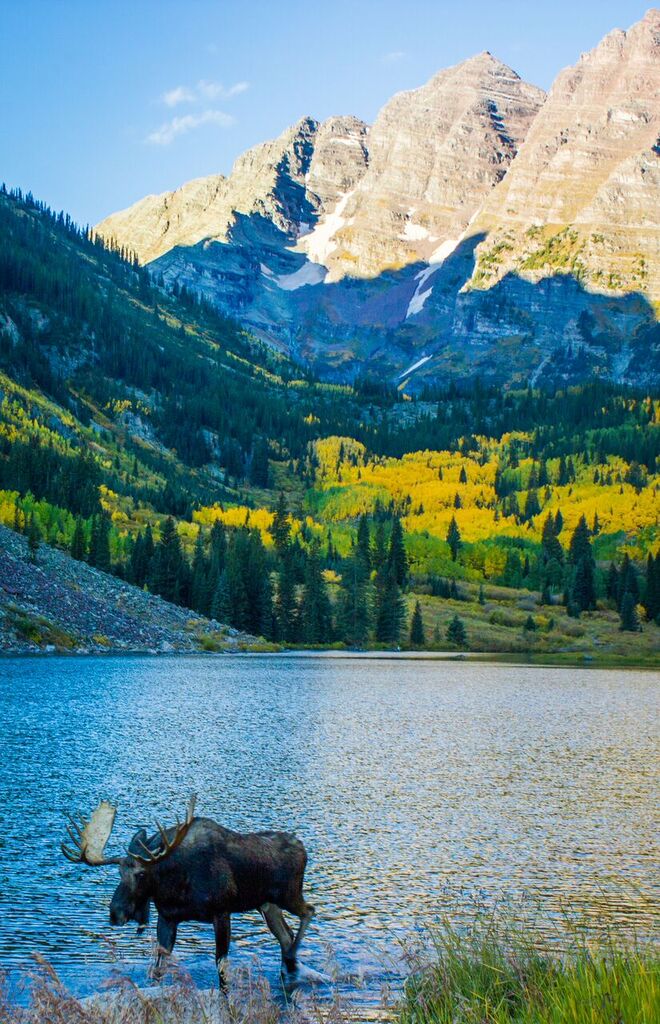 Smaller furry mammals - chipmunks, squirrels, raccoons, fox, and deer – are just some of the more well known wildlife that reside in Aspen, and will most likely make their way closer to town. Although these little creatures are adorable, it’s crucial not to make them feel threatened by touching or chasing them, as they are wild and will defend themselves.

Most of the time, Colorado’s large mammals like elk, bears, or cats, are tucked away in the mountains, and occasionally they might head closer to town. Elk are beautiful animals providing quite the sight to see. The spring and fall are seasons for mating and calving, and therefore, it’s vital that spectators take precautions, as Elk can be more aggressive during these times. If the larger creatures like bears or cats get too close to your home, don’t approach or corner them, and be sure to call Aspen Police Department if you feel they are a threat.

There have been three recent incidents reported in the news involving humans and bears in Aspen.  Due to these incidents, ACRA wants to remind locals and visitors about proper human behavior during bear season. Wildlife officials have stated that the most recent incidents have occurred from bears looking for "easy meals in populated areas."  The most recent incident on Sunday night occurred by leaving a trash bin open. “By attempting to scare the bear out of a dumpster, the man exposed himself to significant danger,” said CPW Area Wildlife Manager Matt Yamashita. “It is likely the bear felt cornered and it reacted aggressively. As we have warned over and over again, this is the exact scenario that can happen when people and bears interact, and why it is so dangerous for bears to be around people".

Other General Safety Tips For All Wildlife: